What's Happening in Charleston - May 2022 (Events)

Charleston in the News - May 2022 Edition

Last month, the education program known as South Carolina DreamLearners and spearheaded by Boeing, reached the milestone of having 1 million participants. The STEM-based program, which began in 2012, exposes students to advanced manufacturing and aerodynamics. They learn to build drones and about robotics, programming and how to build planes. Geared primarily to meet the state’s Force and Motion standards for 5th-graders, students of all ages and across the state (via a virtual learning component) are able to participate. Speakers and site tours also inform students about Boeing’s op... 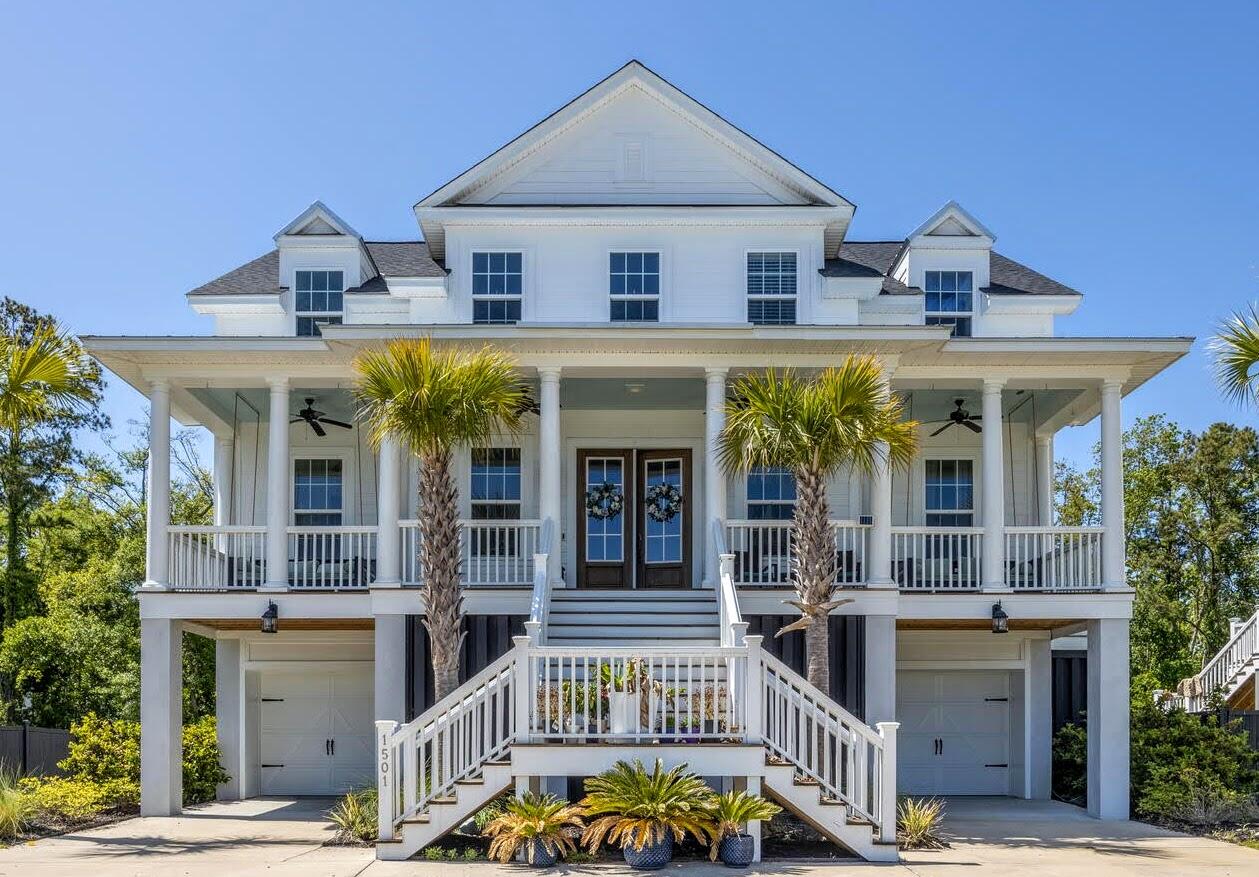 
Quality, semi-custom, coastal craftsman elevated home on a pond lot with water views of Copahee Sound! As you step onto the inviting full front porch, a pair of Charleston gas lanterns and daybed swings welcome you. You'll be tempted to linger there to take in the views and ocean breeze while sipping a glass of sweet tea. Once you enter through the glass front double entry doors into the foyer, cast your eyes across the grea...

The Rise of Multi-Generational Homes

The National Association of Realtors (NAR) has tracked multi-generational homes since 2012.

In its 2020 Profile of Buyers and Sellers, NAR reported that demand for multi-generational homes increased to a high of 15% during the Covid pandemic.

According to NAR, "Pre-pandemic there was an even split between buyers who purchased a multi-generational home for aging parents and for adult children boomeranging back or never leaving. Now the top reason to purchase a multi-generational home is for aging parents to move into the home...there are some data from consumers to support the fact that this living situation is a permanent change. While the concern of COVID-19, loneliness, or ch...

Charleston in the News - March 2022 Edition

There is growing demand for the acquisition and leasing of industrial facilities in the Lowcountry, given their potential to help address supply chain issues faced regionally and across the U.S. and world. Their proximity to what is now the 8th largest US maritime port and to fast-growing population centers in the Southeast are contributing factors. Record sales prices are being achieved on existing distribution centers, with purchases being made by large out-of-state and international real estate investment firms. The most recent such purchase topped $109 million for a 1 million-square-foot distribution center in Summerville. A...

This may be the most “event-full” month we’ve ever come across in the Charleston area! There are at least 17 - Yes, 17! - festivals, three major sporting events and a myriad of events and activities catering to all interests, not to mention the return of most of our seasonal farmers markets. The festivals on our radar include: 75th Annual Festival of Houses & Gardens (through the 9th), Flowertown Festival (1st - 3rd), Artcelium Fest (3rd), (8th - 9th), Lowcountry Strawberry Festival (8th - 16th*), Founders Day Festival (9th), Lowcountry Cajun Festival (9th), Gospel Fest 2022 (17th), Charleston Cocktail Week (18th - 24th), Sundown Festival (20th), Charleston Jazz Festival (21st - 24th),...

Charleston in the News: April 2022 Edition

Charleston County has announced that the widening project which will take the four-lane road to six lanes from Magwood Drive to Bees Ferry Road started in March. In addition to road widening, the project calls for a 10-foot-wide multi-use pedestrian and bicycle path, additional bus stops and upgrades to existing intersections. All work requiring lane closures will be done at night. This project will improve morning and evening commute times for West Ashley residents. Read more details about this project.

No. 1 Reason Why Purchasing a Home in Charleston, SC Still Makes Sense!

Our local paper, The Post & Courier, reports that average dwelling rental in Charleston is $400 above the national average, with the median rental rate for a one-bedroom apartment now standing at $1,446 and $1,690 for a two-bedroom (the national average rental

for a two-bedroom apartment is $1,294). Rental rates were just starting to rise at this time last year after the widespread availability of COVID vaccines allowed renters who had returned home to live with family members to begin to move back into their own apartments.

Mount Pleasant has the most expensive rental rates in South Carolina, with a median rental of $1,868 for a one-bedroom unit and $2,146 for a two-bedroom dwellin...

Luxury is Living Together!

This brand new home may be the solution! It has a perfect design for a multi-generational family:

The main house has 3 bedrooms, plus an independent in-law suite (with a separate entrance and a kitchenette).

In addition, there is a fully independent carriage house with its own 2-car garage!

Check out the video tour: 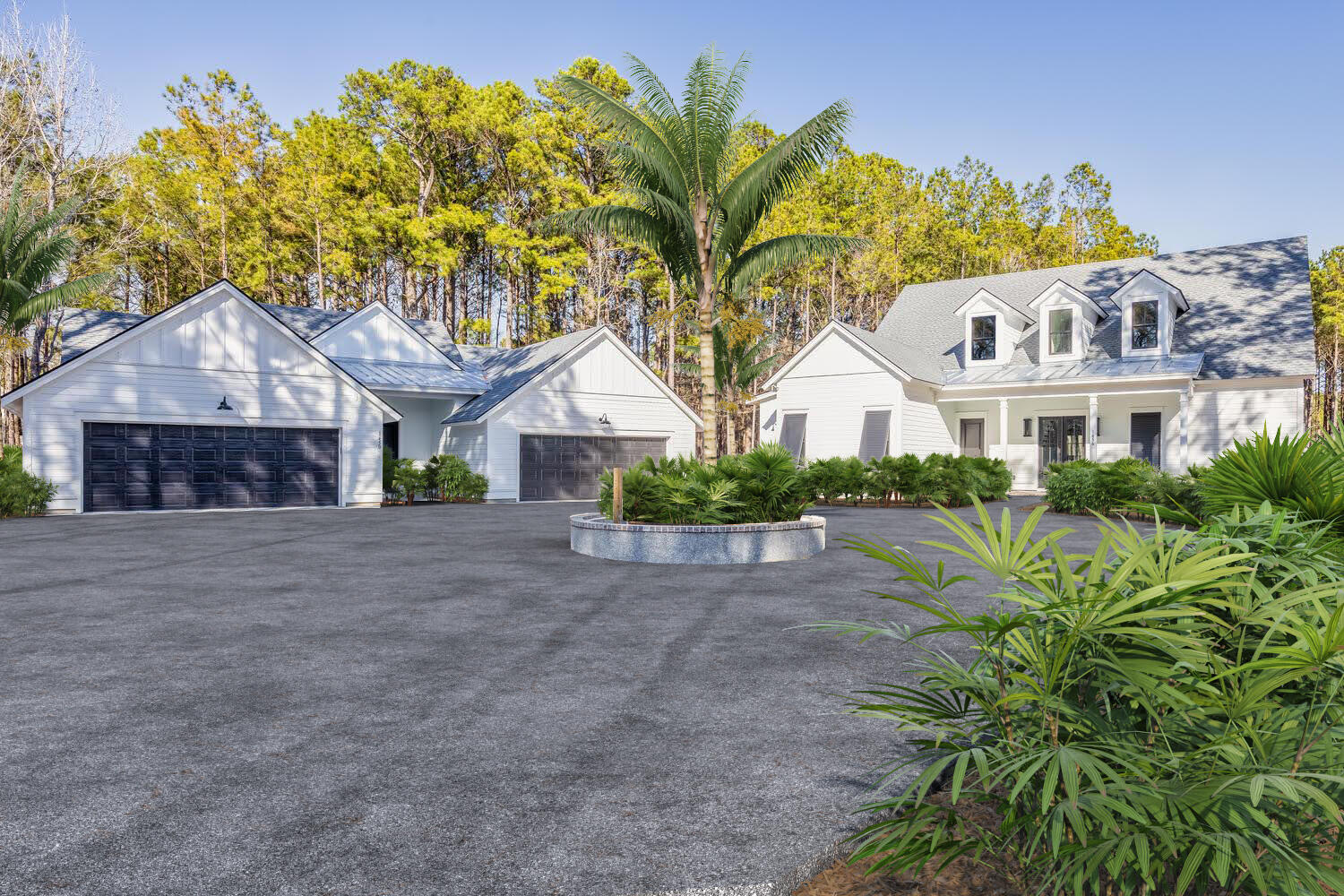 No purchase necessary. One entry per person.

Want to improve your odds?

Send us a referral of anyone thinking of buying or selling real estate and you will receive 5 extra tickets per referral!

To enter, please send your name, email address and phone number to: info@alandonald.com

Let us know if you have any referrals!

Hedge Against Inflation With These 3 Real Estate Investment Types

Hedge Against Inflation With These 3 Real Estate Investment Types

The annual inflation rate in the United States is currently around 7.5%—the highest it has been since 1982.1 It doesn’t matter if you’re a cashier, a lawyer, a plumber, or a retiree; if you spend U.S. dollars, inflation impacts you.

Economists expect the effects of inflation, like a higher cost of goods, to continue.2 Luckily, an investment in real estate can ease some of the financial strain.

Here’s what you need to know about inflation, how it impacts you, and how an investment in real estate can help.

WHAT IS INFLATION AND HOW DOES IT IMPACT ME?

Inflation is a decline in the value of money. When the rate of inf...

Keep the Numbers in Perspective!

Let's keep the numbers in perspective!

However, look at this HOME AFFORDABILITY chart. Buying a home today is still VERY AFFORDABLE compared to years past...

Start your home buying process now!
Use your tax refund for a down payment.

I read this article in the Post & Courier and found it interesting...

Only 13 states saw the percentage of people moving in last year higher than those moving out.

South Carolina was in the former group.

A new study shows the Palmetto State ranked No. 2 in the nation last year for in-bound moves.

The state saw nearly 42 percent more people moving in than moving out, ranking second to Arkansas with almost 44 percent more relocating to the land of Little Rock and the Ozarks, according to a study of 90,000 moves last year by hireahelper.com.

Mount Pleasant and Myrtle Beach picked up the...

Is the Charleston, SC Residential Real Estate Market in a "Bubble"?

The rapid appreciation in 2020 and 2021 made the actual line cross and we are now above the trendline, just like in 2005.

Unless supply catches up with demand, a reversal of these trends is unlikely in the short to medium term.

The gap between demand and supply is still growing. At the current rate of demand we would need about 6,000 active listings in the MLS to "balance" the market.

Are we in a real estate bubble?

These trend lines show that this time around home appreciation is much mo...

It’s March - Women’s History Month and Irish American Heritage Month - and spring is in the Charleston air! Mardi Gras wraps up on the 1st and don't forget about March Madness and Daylight Savings Time (begins on the 13th when clocks spring forward). We have two very long-standing annual events taking place in Charleston this month: the 75th Annual Festival of Houses & Gardens hosted by the Historic Charleston Foundation (3/16-4/9) and the Garden Club of Charleston’s 86th Annual House & Garden Tour (3/24-3/26). Two other popular events this month are the Charleston Wine + Food Festival (3/2-6) and the Charleston Bluegrass F... 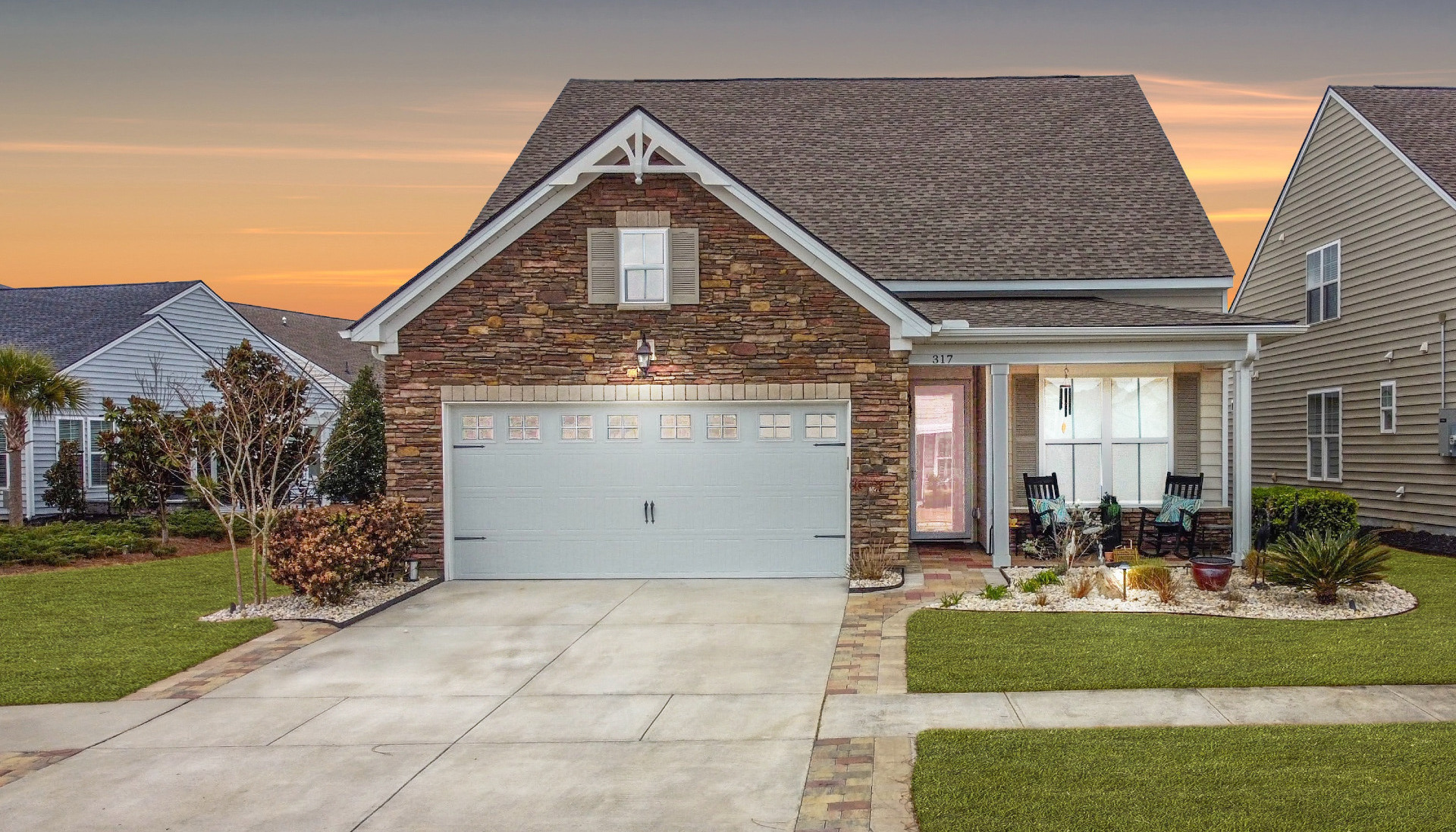 The Pendulum is Always Moving

The real estate market is always moving in one direction or another.

In real time, the market heavily favors the seller. This is because the inventory of homes is at an all-time low, giving anyone selling your property a distinct advantage over the would-be purchaser.

That is great news for you, the homeowner. However, a caveat: The real estate market is always changing, and when it moves in one direction or another it usually is quick and decisive. My 35+ years in the real estate business as a Realtor has taught me many lessons. History does repeat itself and that feeling that prosperity and appreciation of ...

I read this article on The Post & Courier and thought it would be great to repost here:

As much as Charleston is growing, the surrounding areas are growing just as fast.

And while most people who talk about that growth focus on the backed-up traffic, the overflowing schools and the strained infrastructure, there’s also a lot of love and exploration in all of it.

Take Goose Creek, just 15 miles from Charleston, is one of the fastest growing cities in South Carolina and now the state’s eighth-largest. It’s becoming a top destination for younger residents looking for an affordable place to live.

Charleston in the News - February 2022 Edition

Google's $500 million planned expansion of its data center near Moncks Corner was the single largest capital investment announcement for the state in 2021... a banner year for South Carolina with a record $5.7 billion in economic development planned across the state. This was not all for Berkeley County, as the state's 8th largest investment announced last year is for a $118 million expansion of the Volvo Cars plant for its electric-vehicle plans. The largest project announced in terms of job creation for 2021 is by Canadian digital services provider Telus International, who is opening a new call center in North C...

February has arrived and we have so much going on this month in the Charleston area and in general!  It’s Black History Month, Chinese New Years is being celebrated on the 1st and it will be the Year of the Tiger, Groundhog Day follows on the 2nd, Valentine's Day is on the 14th, the Southeastern Wildlife Exhibition (SEWE) runs from the 17th to the 21st, Presidents’ Day is observed on the 21st this year, the Charleston Comedy Festival returns this year from the 23rd to the 26th, and Mardi Gras continues through the month culminating on March 1st. We have oyster roasts, including the 38th Annual Lowcountry Oyster Festival at Boone Hall in Mount Pleasant on the 6th, and a full mix of indoo...