2016 was a great year for Charleston, SC and its real estate market.

We closed 17,736 transactions for residential properties (homes) in the Charleston Area. This is up by 9.05% over 2015 numbers and our 2nd busiest year ever. In addition, we closed 1,274 vacant land transactions, a similar number than in 2015. 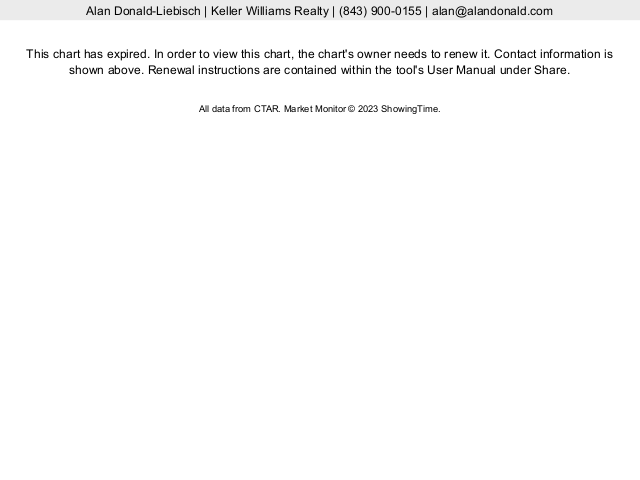 While this is an all-time high, it is below the trend line running back to 1991. That trend line predicted we would be well over $250,000 by now. This tells us that we are still somewhat undervalued and have room for appreciation (investors: take note!).

With all the positive industry news in Charleston and the new construction activity, one can imagine that 2017 will be another great year for Charleston and its real estate market. Inventory remains low, and although we have experienced a little "softening" in the high end of the market (Mount Pleasant and Daniel Island), the Charleston Market remains a "seller's market" with around 4 months inventory (see Months of Supply chart - click to enlarge). Nationally, Keller Williams Realty is predicting a real estate market "correction" to happen in 2017. However we don't know if or how much a national correction would affect our sub-market in Charleston, given the outstanding employment and growth dynamics we are experiencing. 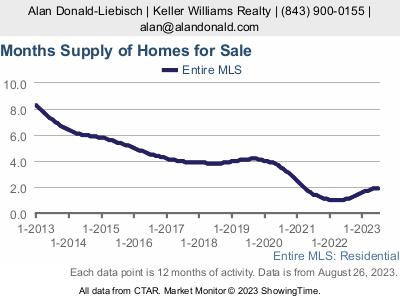 Charleston’s new Mayor, John Tecklenburg (who replaced 40-year Mayor John Riley) seems to be doing a great job and there is positive infrastructure progress being made throughout the city and its suburbs.

One can always wish for more infrastructure and for it to come faster, but Charleston is still a pretty easy area to navigate around. It is more of a challenge than it used to be, but that is a small price to pay for living in the number one city in the world.

Charleston has received plenty of accolades in the last few years, and it had been "discovered" as a place where advanced manufacturing & software companies can operate well. As a result, the MSA is growing very fast, which results in housing demand.

Here is a chart (click to enlarge) depicting population growth. According to its source, the Charleston Regional Development Alliance (CRDA): "The Charleston region’s population is growing 3X faster than the U.S. average, to more than 744,000. A steady stream of well-educated young talent, who come for jobs – or create their own in our business-friendly community – are helping to boost that number." An average of 35 people move to our city every day! This includes job relocations and retirees.

In October, Conde Naste Travel Magazine awarded Charleston the No. 1 Small City in the World Award (again). The magazine writes: "With its beautiful gardens, vibrantly painted Georgian houses along Rainbow Row, and carriages clacking across cobblestone streets, Charleston [SC] remains one of the country’s most picturesque cities. Underneath its sleepy charm, the city is known for its dynamic food scene—where destination dining reflects its English, French, and West African roots—along with a thriving theater scene, bustling King Street, and historic City Market. Come evening, stroll along The Battery and take it all in."

Tags: market update, charleston area real estate, charleston real estate market, new year
Comments have been closed for this post.
Please contact us if you have any questions or comments.
For Buyers
For Sellers